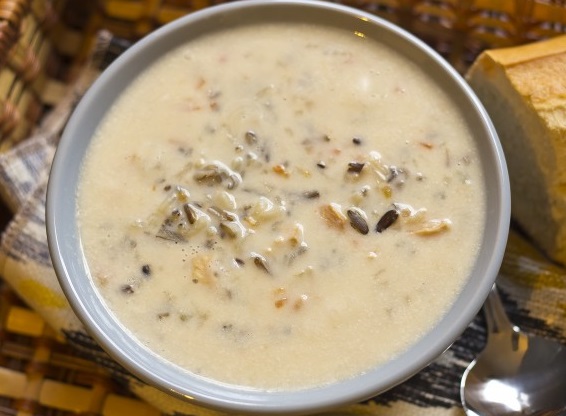 You may not even see the inflammation, but you can bet it is there, especially if you don’t eat properly or exercise regularly. That’s because inflammation is actually the body’s natural response to stress—be it dietary, physical, environmental and/or even emotional. And once your body starts to become inflamed, it puts you at risk for everything from weight gain, migraines, allergies and colds and flus to more serious illnesses such as gout, heart disease, stroke, diabetes, Alzheimer’s disease and the dreaded ‘C’ word—cancer. Even the healthiest among us will have some type of inflammation—if you live in today’s fast-paced, toxin-filled world, you have inflammation. The real question is what do you plan to do about it?

Where Does Inflammation Start?

Would you be surprised to learn that most inflammation actually begins in your gut? People tend to overlook their digestive system as a source of disease, but it makes sense when you consider that our guts are home to about 70 percent of our immune system and where 80 percent or more of our immunoglobulin A (IgA) cells (immune cells) live. It makes even more sense when you consider our guts are much larger than you might think. In fact, our guts are made of an intricate semi-permeable lining that would cover two tennis courts if stretched out flat! Where inflammation comes in is when the permeability of this organ starts to fluctuate depending on various chemicals and conditions. For instance, that all-nighter you pulled with your friends can actually cause your thyroid hormones to become irregular or sitting in traffic for two hours after a long day’s work can raise your cortisol levels, both of which can make your intestinal lining more permeable. This, in turn, allows things like toxins and viruses or bacteria, even undigested food, to enter you bloodstream through the larger holes in this lining. This condition, known as leaky gut syndrome (LGS), is key to inflammation and where things can start going downhill—fast. Repeated damage to your intestinal lining from LGS, ultimately destroys the vital microvilli (tiny “projections” that exist in, on, and around the cells in your intestine and help with absorption and secretion.) When damaged the microvilli are unable to process and utilize the necessary nutrients and enzymes for digestion, which means your digestion eventually becomes impaired. When this happens, your body essentially sends out an alarm and initiates an attack on the foreign bodies, such as the undigested food particles or viruses, yeast, etc., that are leaking out of your gut. And as part of this response, it becomes inflamed, causing allergic reactions and ultimately other symptoms (diseases).

The 2 Types of Inflammation

Inflammation can be of two types—acute and chronic. Injury is a good example of acute inflammation. When you hurt yourself, your body produces chemicals that lead to swelling, thereby attracting white blood cells to help with the healing process and prevent further damage from spreading throughout your body. If the injury does not heal, or you are constantly subjected to further injury, it can eventually become chronic or ongoing. And this continuous inflammation starts to affect your organs, nerves, tissues, joints and muscles, essentially every part of your body. Since our bodies are continually being bombarded by toxins in almost everything, including the foods we eat, the air we breathe and even the daily products we use, eventually your immune system becomes overloaded and disease sets in.

More and more, research is linking food to disease. We know that certain foods are definitely not healthy, while others shown to promote healing. But there are also some foods—mainly the majority of those that make up the standard American diet—that can be considered “inflammatory foods.” Today, there are food additives in pretty much anything that isn’t organic. And now, we are starting to realize that even some foods that would otherwise seem “natural” can also be triggers. These inflammatory triggers include such things as refined sugar, chemical additives, GMOs, artificial dyes and anything processed. All of these essentially trigger inflammation in your gut and can lead to devastating health issues.

The Biggest Cause of Inflammation

Food and chemicals are not the only triggers. Stress is one of the biggest causes of inflammation. Probably one of the reasons we don’t always link stress to disease is that it takes time for it to wreak havoc on our bodies. But anyone who has been under long-term stress will tell you that is can be deadly. Eventually, your body starts give out and break down. But now that you know this, you can limit the damage by recognizing the 14 most common signs of inflammation before they get out of hand.

How To Treat Inflammation Naturally

Diet is the most important thing to look at when addressing inflammation. Before the onslaught of drugs to treat everything imaginable, food was considered medicine.