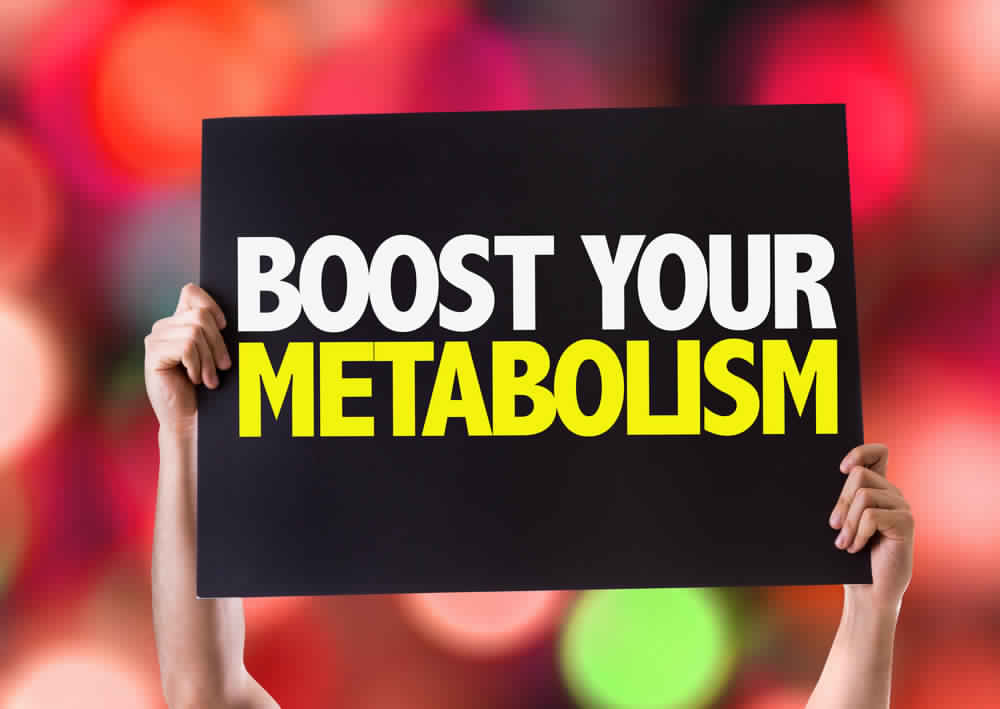 Metabolism: We’ve all got one, but some people’s are “faster” or “slower” than others’. And that matters, because the rate at which your body burns calories and converts fuel to energy can also affect how easily you gain or lose weight, how at-risk you are for diabetes, and how much pep you’ve got in your step. While much of your metabolic rate is determined by genetics, age, gender, and body size, there are some lifestyle changes that can, quite literally, speed up the process. It’s important to note that metabolism can’t be solely held responsible for weight gain or loss — someone with a super-fast burn can’t stay slim eating junk food and not exercising, while people with slower metabolisms aren’t automatically doomed to an overweight fate. But even tiny adjustments to a person’s metabolic rate can add up to significant health benefits over time, says Francesco Celi, M.D., chair of the Endocrinology and Metabolism Department at Virginia Commonwealth University. Read on for six ways to give your metabolism a natural boost.

Sleeping in a cool room seems to increase people’s percentages of brown fat — a type of fat that acts more like muscle, helping to burn other fat and increasing metabolic rate — according to a 2014 study conducted by Celi and colleagues at the National Institutes of Health. The research involved five male volunteers, who slept in climate-controlled rooms with only light pajamas and bedsheets, for several months. After four weeks of 66-degree nights, they’d nearly doubled their amounts of brown fat, and were also burning a few more calories throughout their days. “It would be extremely naive to do this and expect to lose weight to the extent you would on a diet,” Celi says. “On the other hand, we did see a measurable increase in glucose metabolism that could certainly add up over time.” Keeping your home or office cool during the day may also have a similar effect, he adds.

A few small studies have shown association between caffeine consumption, increased metabolic burn, and a reduced risk for type 2 diabetes. Celi says this could possibly be because it helps the body break down fat. But don’t go overboard: Too many caffeinated beverages a day can cause nervousness, nausea or insomnia, and some coffee beverages are also high in fat and sugar.

Even if stressful situations don’t cause you to binge on fatty foods, your body may take longer to process any calories that you do eat. In a 2014 study from Ohio State University, women who reported being stressed out over a 24-hour span burned, on average, 104 fewer calories after they ate a meal of eggs, sausage and biscuits. The researchers point out that over the course of a year, this deficit could translate to an 11-pound weight gain. “The stress response activates the hormone cortisol,” explains Celi, “which has been clearly associated with a worsening of metabolism and, in the long-run, increasing the risk for obesity.”

Not getting enough quality shuteye has also been shown to slow metabolism in both men and women; this also may have to do with the brain’s secretion of cortisol when the body is under stress, says Celi. And even if you hit they hay early, that may not be enough: Research has shown that broken sleep, when you’re woken up frequently throughout the night, isn’t nearly as restorative as seven consecutive hours. So on top of trying to crawl under the covers early, be sure you’re giving yourself enough hours to get the rest and recovery your body needs.

Any type of physical activity — even just walking for 30 minutes — can help speed up metabolism, says Celi. (Anything is better than sitting for hours, which is one of the worst things you can do.) But the kind of exercise that works best to activate brown fat and rev metabolism is strength training. “By increasing muscle mass, we can increase our resting energy expenditure, which is what’s going to help you burn calories all day long,” Celi says. Try adding some weights into your workout regimen and see if you notice a difference. Consider bigger lifts as well if you’re body is trained for it.

6. Snack on something spicy.

Capsacian, a molecule found in spicy chiles, has been shown to raise body temperature and speed up fat loss — although only temporarily, and only by a small percentage. There’s also some evidence, says Celi, that chemicals called isothiocyanates, present in pungent foods like spicy mustard, wasabi, and horseradish may help activate brown fat and speed up metabolic rate, as well. Bloody Mary, anyone?

Raising Children Near Their Grandparents Is The Greatest Gift You Could Ever Give Them
Do You Have High Blood Pressure Or Heart Problems Avoid These 14 Foods At All Costs!
To Top