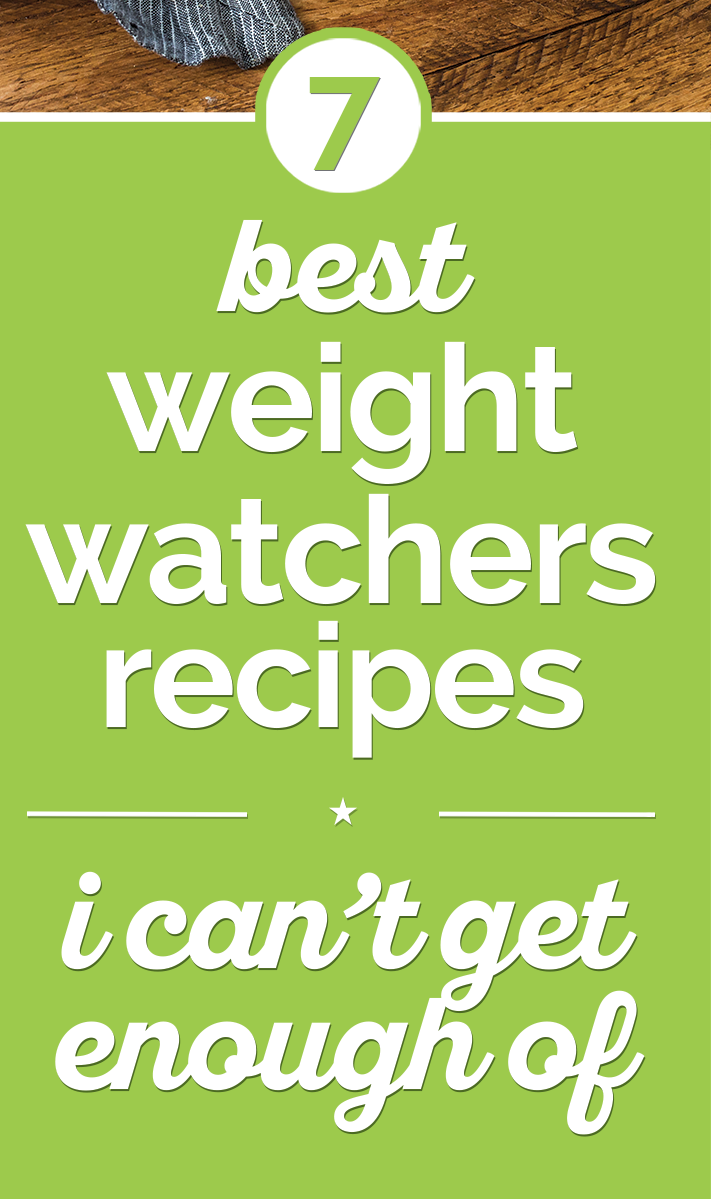 If you’re anything like me, you vow to lose those extra pounds you’ve been carrying around year after year, only to feel like a failure for bailing on the latest fad diet after a few days. This year, I’m saying no to fad diets and getting behind a proven method of weight loss: counting calories. It may not be easy, but it’s totally worth it for my health and well-being, and I have full support from my family and friends. Weight Watchers has come up with oodles of recipes that shave calories without sacrificing taste, and I’m on the hunt for the best possible ones. After cooking up several dishes, I’ve found these seven are the best Weight Watchers recipes out there. Ready to get psyched for some tasty recipes that are easy on your waistline yet satisfying and full of flavor? Check them out below!

We’re a fish-loving family, so these Easy Fish Tacos were gobbled right up! Light and fresh, I felt healthy yet satisfied after eating this flavorful meal. These zesty, beach-inspired tacos were easy to make, and will definitely become a regular on our weeknight dinner menu.

Chicken Parm is one of my all-time favorites, so I was curious to taste whether a lightened-up version would measure up to the original. I was surprised and delighted by the burst of flavor in the chicken, although I missed the whole “melted cheese-coated fried chicken nestled in spaghetti” part of the dish. I served this healthy take on Chicken Parm with quinoa, since straight-up protein and veggies was not enough for our hungry bellies. I felt incredibly healthy after eating this waist-friendly meal, but I still dream of the original version!

Having not caught on to the “zoodle” craze, I was more than a little hesitant to swap my beloved carbs for a pile of vegetables. Maybe it was the amazing teriyaki sauce, but this Asian wonder totally surprised me. I admit to missing my carb-heavy noodles, but I will make this zoodle teriyaki chicken dish again to satisfy my Chinese takeout cravings while counting calories. My grocery store has pre-cut zoodles in the produce section, making it so much easier to make this substitution!

Ever crave a fast-food chicken sandwich? I do! But since I’m trying to count calories, I cooked up this lightened-up version instead. What a brilliant recipe! Pickle juice and spices kick this baked chicken up a notch, giving it an addictive flavor profile. I didn’t feel as weighed-down as I normally do after a fast-food run, and these were fairly easy to make, so I’d say these yummy chicken sandwiches were a win!

Is there even such a thing as skinny comfort food? Well yes, and this delightful, steamy Chicken Bacon Alfredo is the perfect example. I made it on a chilly night, and it totally hit the spot. It makes enough for the whole family, and everyone was fooled by the mix of pasta and zoodles. This recipe got a big thumbs up from the kids, so we’ll be keeping this one on permanent rotation!

Any dish with melted cheese is a win, and Weight Watchers doesn’t want you to be totally deprived of cheesy goodness. This Chicken and Broccoli Casserole is a lightened-up version of chicken divan, so it’s got way less calories and way more nutrients than the original version. My grocery store carries bagged cauliflower rice, so it made prep time immensely easier! Give this tasty recipe a try if you’re craving a cheesy casserole but don’t want to feel weighed down after eating.

Pinch me, because skinny and French Dip were just used in the same sentence! This is a totally family-friendly meal, and I love that it can be made in the slow cooker. I served it with a big green salad and felt like a health warrior! Since everyone in the family loved it, this skinny French Dip has earned a permanent spot on our dinner menu! Source: Kitchme SEE ALSO 👇 10 Best Weight Watchers Dinner Recipes