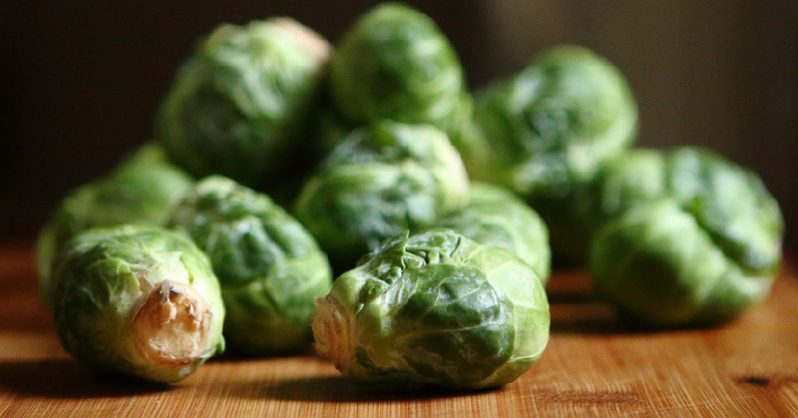 This article is shared with permission from our friends at Dr. Mercola. His latest book, “Fat for Fuel,” introduces a revolutionary diet to drop weight effortlessly, combat cancer, boost brain power, and increase your energy. Pre-order now before May 16th and receive 6 free bonus gifts.

If you’re looking for a way to decrease your risk of developing coronary heart disease, stroke and type 2 diabetes, new research has revealed profound results from starting a simple new habit: consuming an extra 100 milligrams (mg) of magnesium via your food on a daily basis.

“Low levels of magnesium in the body have been associated with a range of diseases, but no conclusive evidence has been put forward on the link between dietary magnesium and health risks.

Our meta-analysis provides the most up-to-date evidence supporting a link between the role of magnesium in food and reducing the risk of disease … Our findings will be important for informing the public and policy makers on dietary guidelines to reduce magnesium deficiency-related health risks.”2

Wang said in a Medical Xpress news release3 that although current guidelines recommend that men take about 300 mg of magnesium a day, and women 270 mg per day, deficiencies in this mineral are still common, affecting anywhere between 1.5 percent to 15 percent of the population.

The researchers hope this new information serves to not just encourage people to make sure they’re getting adequate magnesium, but to prompt policy makers to change dietary guidelines, which could diminish the number of magnesium deficiency-related diseases.

In 2013, the upshot of a “groundbreaking” review covering what was known about cardiovascular disease from as early as 1937 found that low magnesium levels —not high cholesterol or consumption of too much saturated fat —are the leading cause of many aspects of heart disease.

The 10-year review, conducted by research scientist and author Andrea Rosanoff, Ph.D., was based on the earlier research of Dr. Mildred Seelig, who studied the relationship between magnesium and cardiovascular disease for more than 40 years. Seelig noted:

“These numerous studies have found low magnesium to be associated with all known cardiovascular risk factors, such as cholesterol and high blood pressure, arterial plaque build-up (atherogenesis), hardening of the arteries and the calcification of soft tissues.

This means we have been chasing our tails all of these years going after cholesterol and the high saturated-fat diet, when the true culprit was and still is low magnesium.”4

As early as 1957, Rosanoff says, it was very clear that low magnesium was “strongly, convincingly, a cause of atherogenesis and the calcification of soft tissues. But this research was widely and immediately ignored as cholesterol and the high saturated-fat diet became the culprits to fight.”

The “wrong turn” scientists took when the research was so clear, Rosanoff asserts, created a trajectory in the way heart disease and other cardiovascular issues have been dealt with across the board. This had resulted in entire populations failing to balance their magnesium intake with their calcium intake, and it’s getting worse.

Studies continue to show that when calcium and magnesium intake aren’t on an even keel, Rosanoff asserts, the risk of heart disease increases.

Evidence ‘Much Too Compelling to Ignore’

Medical and naturopathic doctor Carolyn Dean, a member of the Nutritional Magnesium Association’s Medical Advisory Board, asserts that it’s obvious that cholesterol isn’t the cause because statins have been the answer doctors have turned to for their patients for two decades, but heart disease is still the No. 1 killer in America.

Although there are many other medical conditions that can be attributed to low magnesium levels, Dean listed six of the most debilitating:

Celebrity dietician Ashley Koff, also a member of Prevention magazine’s advisory board, noted that magnesium has rightfully received increased attention as a critical nutrient in relation to optimal health. Further, she believes that correcting levels of magnesium intake recommendations is one of the most critical health issues today.

“There are many challenges to achieving adequate intake of magnesium in the modern diet; thus I consider magnesium part of the essential nutrients to supplement daily and — in light of this review, specifically — crucial to preventing cardiovascular disease across patient populations.”5

In one study, scientists found in a March 2017 study that hypertension was inversely associated with magnesium in children living in higher altitude areas of Argentina.6

What Makes Magnesium Intake so Important?

Dr. Mehmet Oz, host of the nationally syndicated and Emmy Award-winning Dr. Oz Show, as well as vice-chair and professor of surgery at Columbia University, says magnesium is essential for helping regulate metabolism, and it helps lower blood pressure and dilate arteries.

Additionally, Oz asserts, arguably 3 of every 4 people in the U.S. fail to get the amount of magnesium they need, which means they’re magnesium deficient.

While the World Health Organization (WHO) recommends 400 mg to 500 mg of calcium, Dean advises a 1-to-1 balance with magnesium, with calcium consumed through your diet and adding vitamin D doses along with vitamin K2, “and all of these measures combined will protect your bones as well as your heart.”

Wang’s research analyzed data from 40 epidemiological studies from 1999 to 2016, looking at the associations between dietary magnesium and different diseases. All the studies used self-reporting food frequency questionnaires from 24-hour dietary recall to determine magnesium levels, and they varied widely.

Biological, lifestyle, gender and study location factors were also taken into account. Afterward, he explained, the researchers performed a dose-response analysis for the effect of each 100 mg-per-day increase of dietary magnesium.

The conclusion of the study reinforced the study conclusion that increased consumption of magnesium-rich foods could be beneficial for overall health. Wang’s press release noted:

“Magnesium is vital for human health and normal biological functions including glucose metabolism, protein production and synthesis of nucleic acids such as DNA. Diet is the main source of magnesium as the element can be found in foods such as spices, nuts, beans, cocoa … and green leafy vegetables.”

Magnesium is the fourth-most abundant mineral in your body, and more than 300 enzymes rely on it to carry out normal muscle and nerve function related to energy, relaxed blood vessels, good teeth and bone formation and the regulation of insulin and blood sugar levels.8

Magnesium helps your body detox from toxins and helps synthesize glutathione. It also plays a vital role in your body’s mitochondrial performance, and in improving your energy level. One very positive aspect of this mineral is that when your body has taken in the optimal amount, it simply flushes the rest away.

Dean, in her book “The Magnesium Miracle,” recommends taking 200 mg per day, but parsed out in two or three doses, as it can have a laxative effect. Other scientists recommend taking almost twice that amount, but age and sex are factors to consider. Foods containing magnesium include:

Fatty fish (wild-caught Alaskan salmon), seeds, including pumpkin seeds and sunflower seeds, nuts, including cashews, almonds and Brazil nuts, and herbs and spices, including chives, coriander, cumin, parsley, mustard seeds, fennel, basil and cloves, also contain high amounts of magnesium, so as you can see, it’s easy to include it in your diet.

Science Confirms That Vitamin D Provides Many Benefits To Your Physical And Mental Health
Grandma Told Me This Trick. It Healed My Cracked Heels in Just a Few Days
To Top