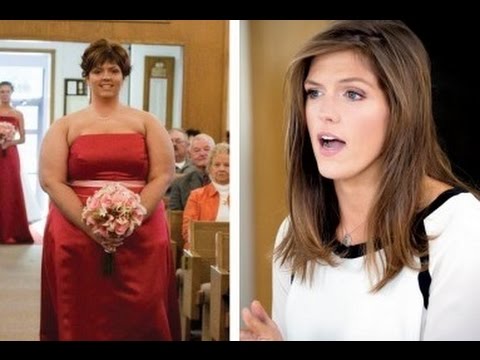 The idea of losing weight wasn’t new to Birmingham. Because she had tried a few fad diets and calorie restriction many times throughout her life. The reason nothing ever took off was because she was always trying to eliminate things from her diet.  So how’d she do it? Her tips, below.

In 2009, at 327 pounds, Birmingham decided to begin weight loss in an entirely different way. She joined Weight Watchers and took it one day at a time in an effort to keep it simple and focus on little manageable goals. “I learned to have a healthy lifestyle,” says Birmingham. “I set small goals for myself starting with my first five pounds, then to get under 300 pounds, and so forth. I also set goals that were not scale-related, such trying new recipes and new exercises.” In the process, she learned how to cook and ditched fast food and frozen meals .

The Power of People
Birmingham relies on the support of both Weight Watchers meetings and social media to keep her going. “I love being able to share my story with others. I inspire people and they cheer me along.” In addition to the mutual inspiration she finds in others who have shared similar struggles, she values what she learns from them, as they understand where she’s coming from.

Looking Ahead
Birmingham would like to get pregnant someday and pregnancy weight gain doesn’t scare her, because she knows she can lose the weight, since she already has a strategy in place to keep it under control. “I plan on eating the same way I do now and not letting the excuse of ‘eating for two’ take over.”

[ NEW ] 10 Tips for Weight Watchers Success
If You’ve Ever Woken Up At Night Unable To Move, Here’s What It Means…
To Top