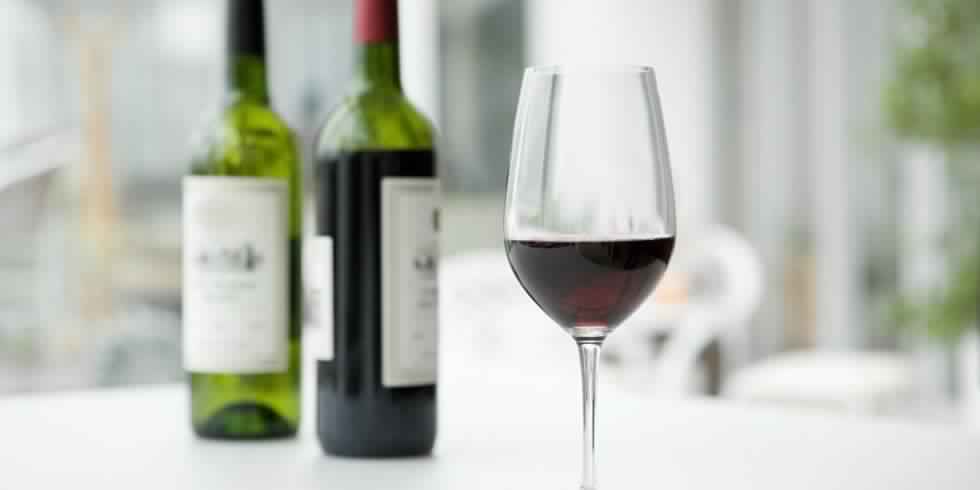 Over the past year, our social media feeds have blown up on more than one occasion over claims that drinking wine at bedtime could help you drop a few pounds. In fact, this “news” generated so much buzz that urban-legend buster Snopes decided to investigate. Turns out, the majority of coverage was referencing a Daily Mail story that hinged on anecdotal accounts of women claiming that their “nighttime tipple” helped them slim down. But sadly, there was no new groundbreaking report showing that a glass of red before bed was the secret new weight loss weapon we’ve all been dreaming of. So what gives? We’ve been told over and over that alcohol has no place in a weight loss program. Not only does it provide empty calories, studies confirm that “having a few” tends to zap your inhibition and make you order midnight cheese fries — a phenomenon known as the “drunchies.” Alas, it makes sense to file away the “bedtime wine” idea in the “too good to be true” health research morgue that also houses this seductive headline: “A glass of red wine is the equivalent to an hour at the gym.” Remember that one? Yet research shows that moderate amounts of Malbec won’t totally derail your weight loss efforts. Here’s what you need to know about your vino habit.

The Case for Pre-Snooze Booze

We’ve all read that red wine is a healthy part of the Mediterranean Diet — the one that helps you live longer and maintain an enviable BMI. Even lifestyle guru Tim Ferris claims that two glasses of wine before bed each night helped him achieve his ripped physique. And recent research in mice showed that resveratrol, an antioxidant in red wine, can help turn regular white fat into energy-burning beige fat, which can contribute to weight loss and prevent obesity (just in case you didn’t know that fat came in different colors). While you can also get resveratrol in fruits, such as blueberries, lead author Min Du, PhD, professor in the Department of Animal Sciences at Washington State University, explains that the fermentation process of wine makes the antioxidant compounds easier to absorb, which can help accelerate the fat-burning process. Although Du didn’t specifically test the effect of giving resveratrol to the mice at night, he concedes that there might be a metabolic advantage of consuming wine in the wee hours. When you drink wine with food — whether at lunch, dinner or with a late-night snack — the antioxidant compounds interact with protein in a way that prevents the body from metabolizing them for weight loss. When you consume resveratrol on its own, however, the body is able to absorb the compounds more readily, and thus maximize the burning of beige fat. That said, he stops short of endorsing an unaccompanied glass of bedtime wine as a diet strategy. “I don’t have the data to support it,” he says. “Wine is beneficial to your health, but never use it to control your body weight. It still has calories.” Ahem, 110 to 130 calories per glass, on average.

Unfortunately, much to the disappointment of weight-conscious wine lovers everywhere, Traversy didn’t find any studies showing that imbibing will help you shed pounds. Yet he was surprised to find evidence that moderate drinking wasn’t necessarily linked with weight gain. Take this famous Harvard study, for example. The research, which was published in the Archives of Internal Medicine in 2010, found that women who drank in moderation (defined as one to two glasses daily) had a lower risk of becoming overweight over 13 years than women who didn’t drink at all. “It’s not clear why,” he says. “It might be because they’re exhibiting moderate behaviors in all areas of life, including weight maintenance.” The study authors pointed out that the moderate drinkers exercised more and ate less food to make room for their alcohol calories. The bad news is that if you drink too much, alcohol interferes with your body’s ability to burn fat. “Alcohol blocks the burning of everything else,” says Marc Hellerstein, MD, PhD, professor of human nutrition at the University of California at Berkeley. “It’s like it has a special VIP pass to go ahead of other fuels.” In other words, if your body is overwhelmed with burning alcohol, your food will be more likely to get stored as fat. Perhaps this was the secret of late-night wine. By drinking it a few hours after dinner, you give your body a chance to digest it when it won’t have to compete with food. “I’m not convinced,” says Hellerstein. “You’ll burn the alcohol, but not fat.” The bottom line: Pick your wine or weight loss. Adapted from: dailyburn