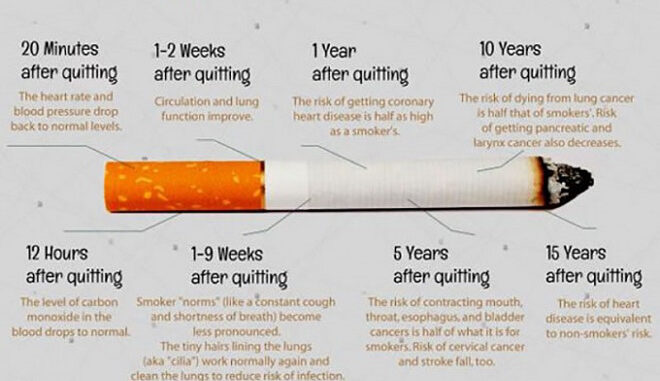 Smoking is a severely detrimental habit which leads to numerous negative consequences on your health.

Therefore, when you decide to quit smoking, everything in the body experiences great improvements, from the top to the bottom.

We will explain this process in stages:

After 15 years, the risk of heart diseases is the same as in the case of a non-smoker.