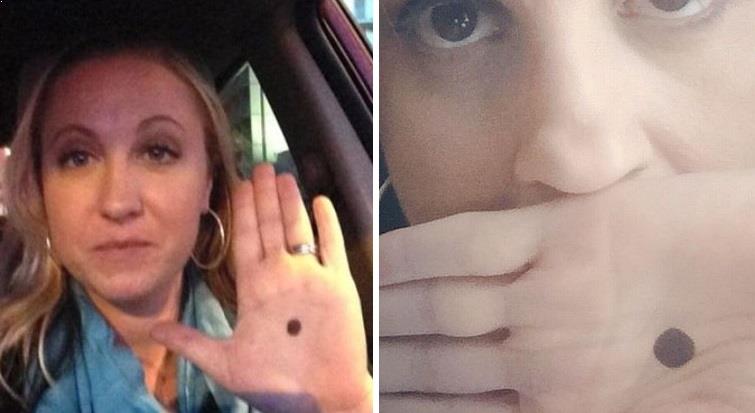 If you happen to see someone with a black dot on their palm, don’t hesitate and call the police immediately. You are probably wondering why. The answer is the Black Dot Campaign which began on Facebook and this campaign is a way to recognize victims of domestic abuse. Hence, people who are victims of domestic violence put a dot on their palm on order to show that they are in danger and in need of help.

The black dot enables victims to show that they need help because they aren’t able to ask for it. Probably, this is so because their abuser might be watching their every move. Namely, in only one day, the campaign reached more than 6000 people worldwide and has helped 6 women.

The organizers of the campaign say that spreading the campaign is an important step in the efforts to help victims of violence. Take a look at the story of one victim of domestic violence which she decided to share with the public:

“I’m heavily pregnant and the baby’s father is very abusive. With words, his hands.

I’ve been petrified for so long and even more with the baby coming soon. I was at the hospital yesterday, he was with me, and he never leaves my side anymore.

I had to have an examination so the consultant asked me to lie on the bed and drew the curtain.

I leant over and took the pen out of his pocket, pulled his hand over to me and wrote HELP ME. I didn’t have to say a word.

“This campaign gave me the strength and the idea how to ask for help. I am now safe somewhere else thanks to that consultant and the black dot campaign.

Thank you, 1 week to go until my due date and I am finally safe.”

The Only Two Tips You Need For Perfectly Perky Breasts
[ VIDEO ] Make Your Teeth White At Home After Only 3 Minutes. A 100% Proof Of Efficacy
To Top