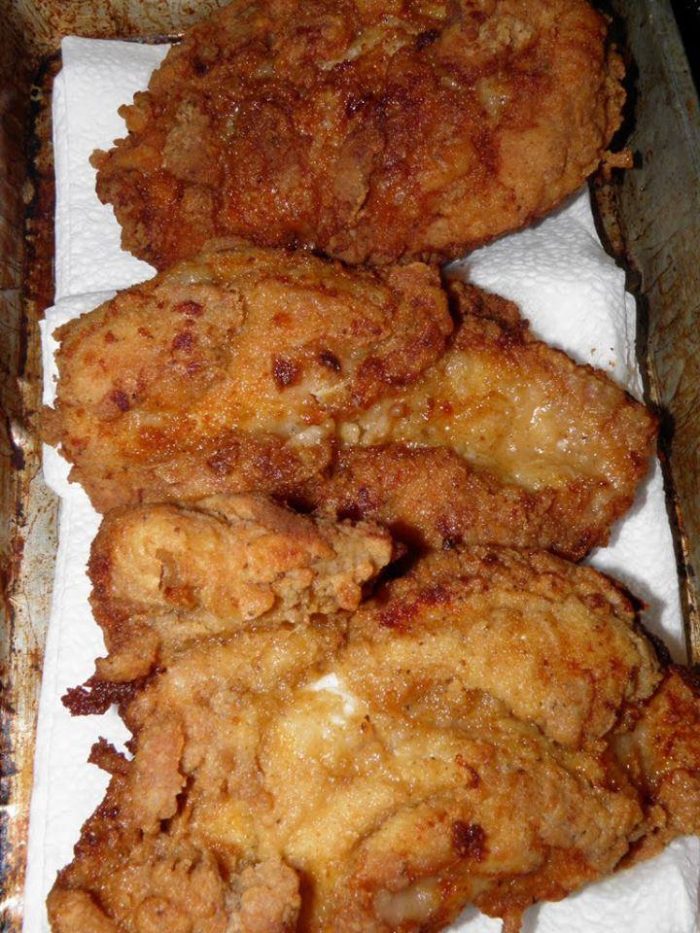 This batter-fried chicken calls for the pieces to be quickly brined and then dipped in a seasoned batter for a crisp Southern-style crust. Simple as can be. This is the real deal.

The batter also calls for baking powder to create a crust that’s ethereally airy without a trace of doughiness or gloppiness;

The batter relies on black pepper, paprika, and cayenne for a “simple but unambiguous flavor” (just be forewarned, the amount of black pepper is intentionally heavy-handed);

The batter contains no dairy. They replaced the milk in the batter with plain old water. The logic behind this? “When wet batter hits hot oil, the moisture in the batter vaporizes, leaving behind the solids that adhere to the chicken. With milk, the sugars in the milk solids browned too fast and produced a soft crust.”

And, perhaps most critically, the batter-dunked chicken is then deep-fried in several inches of oil (a regular pot works just fine; no need to have a fancy deep-fryer) to ensure that the carefully constructed batter doesn’t scorch on the bottom as is often the case when you attempt to shallow-fry it in a skillet.

Season chicken with salt and cayenne pepper to taste; set aside.

Place coated chicken breasts in prepared baking dish. Bake until chicken is tender and no longer pink in center, about 25 to 30 minutes (there is no need to flip the chicken during baking). Yields 1 chicken breast per serving.