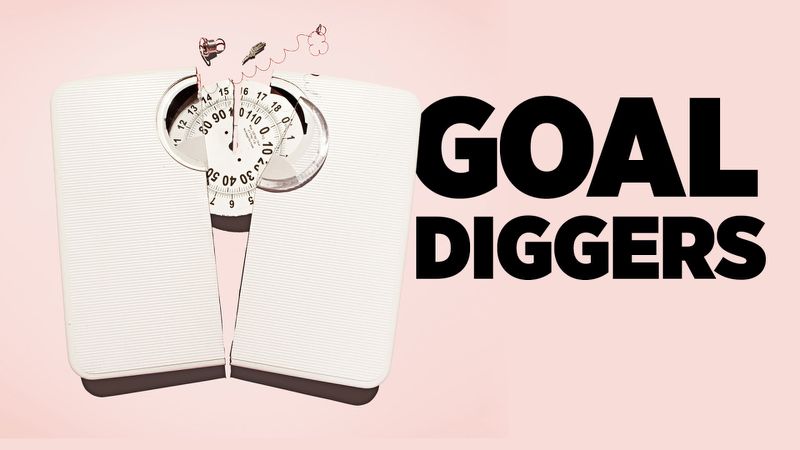 Nearly everyone’s mom has done Weight Watchers. And almost everyone’s mom has lost weight on the program. But to many women growing up with a Weight Watchers parent who made lots of grilled chicken breasts and low-fat Mexican casseroles, the brand seemed as appealing as a minivan. The program works by Weight Watchers assigning point values to different foods (nutritious, satiating foods have fewer points than the junky stuff) and participants budgeting their points throughout the day — a supremely mommish habit if there ever was one. And then there are those meetings: part group therapy, part kaffeeklatsch, part doctor’s checkup. Few young professionals want to take time out of the workday to clap for a stranger’s half-pound loss. Even the name feels outdated. Who cares about weight? We’re all about wellness.

Yet if you look up the brand’s members on Instagram, there’s hardly a gray hair in sight. You can start with the umbrella hashtag #weightwatchers (2,592,524 posts) or check out #ww (known internally as “dubdub”), #wwsisterhood, or #wwfamily. Among the millions of posts with these tags, you’ll find lunchtime and dinner snaps, before-and-after photos (so addictive to scroll through!), fitness selfies, and recipes. WW devotees have handles like @byebye_thighs (“Mississippi girl. 26. Momentum WW System. Newlywed. Goal digger. lover.”), @trackingisthenewblack (“mastering the art of mindful eating. finding balance in health, activity, and self.”), and @prettyinpoints (“Baltimore. Weight Watchers. Married w/pups. Peloton & SoulCycle. Cubicle dweller & winery owner”).

Members use Instagram to track their points, celebrate their weight loss, post their favorite motivational phrases, and distract themselves when they’re battling cravings. For example, a post with a photo of an Urban Outfitters-type boutique reads: “Shopping to avoid napping and smoking. Sometimes you just need some quiet times alone…And it’s distracting me from eating! #thestruggleisreal.” The online world of Weight Watchers is supersocial, dynamic, fun, funny (#goaldigger is a popular tag; #trackonfleek is up and coming), and, most of all, fresh.

We’ve heard a lot lately about how diets are dead, how counting calories is passé, and how people today care more about how they feel than how they look. But a not-insignificant number of people (women, especially) feel better when they don’t need to keep tugging down their shirts or adjusting the waistbands of their jeans to fit comfortably over their tummies. They feel better when they’re eating lots of vegetables, getting plenty of sleep, keeping their stress levels in check through meditation … and dropping a dress size. These people may have previously gone vegan, dairy-free, gluten-free, or CrossFit crazy with the stated goal of improving their health and well-being, but they certainly wouldn’t have complained if they also lost a few pounds along the way. But that’s not what these healthy lifestyles are intended to do. That’s not supposed to be the point. Weight Watchers, on the other hand, is up front about helping you lose weight — it’s all about the points.

Although the plan has tweaked its points system over the years, the premise remains the same: Pay attention to what you eat, choose healthy food over junk, and try not to eat too much. Nothing is completely off-limits. According to every spokesperson — from Jessica Simpson to Oprah — Weight Watchers lets you eat what you love and still reach your goal weight. (By the way, none of the women interviewed said Oprah’s involvement in the brand made a difference to them.)

What has made a difference is that Weight Watchers got serious about its social media presence. (In addition to Instagram, Weight Watchers is active on Facebook and Pinterest.) Lauren Salazar, Weight Watchers’ director of social media, explains that the social media tools complement the rest of the experience, including the 36,000 meetings that take place around the world every week. Members can Instagram the results of their weigh-ins — perhaps with a picture of an LOLcat to drive home the point — and then bask in the supportive responses from other members.

This ramped-up Internet presence has helped the brand meet younger women on their home turf. Members have access to an app called Connect that’s like a private Instagram only accessible to people in the program. But there are also hundreds of Weight Watchers-themed Instagram accounts devoted to tracking points and staying on the plan, and many of them belong to women who appear to be under 40. (Weight Watchers won’t provide demographic data.)

This organically formed unofficial network gives members (as well as non-paying fans) the same kind of connection, motivation, and support that women in the past received exclusively from the meetings. WW fans say that posting every bite they eat and tracking their weight holds them accountable yet still feels less awkward than getting on the scale in front of strangers. No one is looking at you — or your backside — in your vulnerable moment of truth, and you get to control how you present the information (good or bad). If someone says something you don’t like (the equivalent of a side-eye or bitchy face in person), you just delete the comment or block the user.

For many millennials who have grown up living in the fishbowl that is the Internet, sharing intimate details about their bodies and their diets is NBD. When Amber (she’ll share her Instagram name, but would prefer to keep her last name private), a 32-year-old financial analyst from Baltimore, first starting tracking her diet progress on a public account, her husband expressed surprise. But everyone following her on that account was also on Weight Watchers, so they too were posting their weight gains and losses.

“Everyone wants to know where you’re at,” she says. “And then you don’t have to talk about points and stuff with your friends in real life who, let’s face it, don’t really care.” One of Amber’s online WW friends has become an IRL friend: “We have so much in common, and I’ve actually gone to visit her in New York twice.” (They took a SoulCycle class together.)

Then there’s Ashley Thomas, a 24-year-old middle school teacher in Mississippi, who has become a de facto Weight Watchers Instagram star. She has around 11,300 followers — which is why the company recently asked her to do an Instagram takeover. Thomas started the program in November 2014 with the goal of losing weight for her wedding, and she now tracks her points and her weight loss (40 pounds and counting).

Thomas tried WW in high school and would occasionally pop into meetings, but she says she didn’t like being forced to interact with strangers and reveal how much she weighed. She loves the online Weight Watchers community and is completely comfortable about sharing her diet activity this way — one of her transformation posts (WW members tag them #facetofacefriday) racked up 459 likes. “Posting on Instagram is a huge motivator for me,” she says. She never worries about people judging her for her enthusiasm for Weight Watchers. “I think they’re crazy if they don’t join,” she says.

Char Gaudette, a 27-year-old coordinator of special education in Virginia, came to Weight Watchers for the diet tips and recipes and then stayed for the community. Through Instagram, she joined an online group of Weight Watchers members who send each other motivational care packages containing things like snacks and T-shirts. This isn’t sponsored or sanctioned by the brand; it’s just a group of women who all happen to be members and also happen to be really sweet. “Everyone is so supportive. I love it,” she says. “I just regret not starting my online account sooner.”

N.Page
This Simple Exercise Removes Back and Belly Fat in No Time!
Next Post
To Top