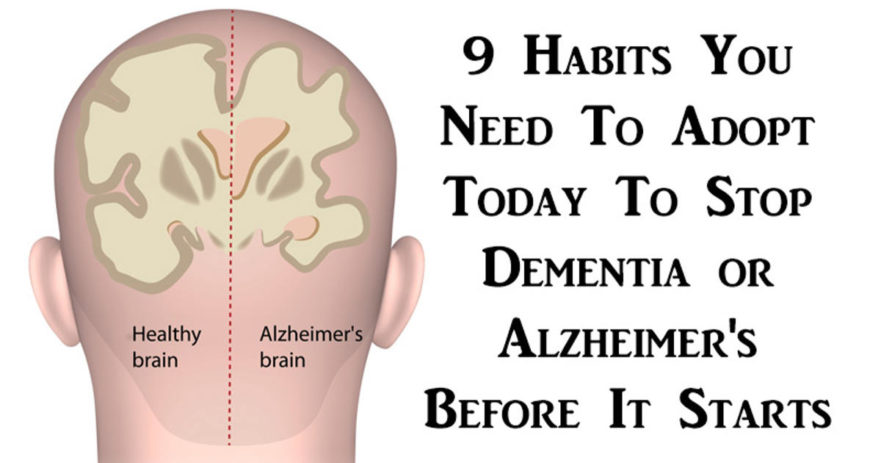 Alzheimer’s is the 6th leading cause of death in the United States. It actually kills more people than breast cancer and prostate cancer combined (1).

Instead of putting the focus on preventing Alzheimer’s, the medical community puts emphasis on slowing the progression of the disease after onset with drugs and therapy.

However, if you truly understand dementia, then you can change your lifestyle to protect your brain from cognitive decline before it happens.

According to the Alzheimer’s Association: “Dementia is a general term for a decline in mental ability severe enough to interfere with daily life… Dementia is not a specific disease. It’s an overall term that describes a wide range of symptoms associated with a decline in memory or other thinking skills severe enough to reduce a person’s ability to perform everyday activities.” (2)

Dementia is characterized by the impairment of at least two of these mental functions:

Dementia is a progressive illness, meaning that it gets worse as it progresses. It may start with forgetting where you placed your keys and can turn into forgetting your relatives or forgetting to eat.

The disease causes damage to brain cells and interferes with cell communication. This affects thinking, judgment, movement, behavior and feelings.

Risk factors for dementia include (3):

If you find yourself in these risk factor categories, taking steps in preventing Alzheimer’s now can improve cognitive function in older age.

Alzheimer’s is actually the most common type of dementia, accounting for 60-80% of cases.

Other varieties of the disease include (4):

Early signs of Alzheimer’s include having difficulty remembering recent conversations, names or locations, as well as apathy and depression. Later on, symptoms may include impaired communication, poor judgment, disorientation, confusion, behavior changes and difficulty speaking, swallowing and walking.

Alzheimer’s is characterized by beta-amyloid deposits in the brain, twisted strands of the protein tau, as well as nerve cell damage and death.

N.Page
25 Weight Watchers Easter Recipes
The Best 44 Zero Carb Foods And Tips How To Follow This Diet
To Top