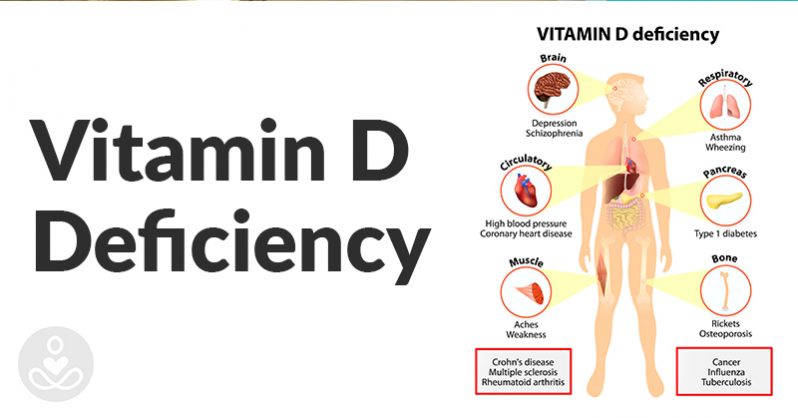 Vitamin D research continues to impress upon us the importance of appropriate sun exposure as the ideal way to optimize your vitamin D levels.

Winter limits sun exposure for many up to six months of the year. During those times, your next best bet would be artificial UVB light, as UV ray exposure also appears to have health benefits above and beyond the production of vitamin D.

One of the most damaging elements of standard tanning beds are the magnetic ballasts (which make that loud buzzing noise you hear in many tanning salons). If an electronic ballast is used, there are far less damaging EMFs, which provide most of the danger from tanning beds.

The other concern is related to the bulbs used, as some may contain only UVA light which is primarily responsible for the tan, but doesn’t increase vitamin D levels.  For much of the northern hemisphere, vitamin D production is not possible from the sun during the winter months.  You must use artificial UVB light or obtain vitamin D from your diet during this time.

The benefits of UVB exposure from the sun or artificial light include but are not limited to the production of nitric oxide—a compound that lowers your blood pressure. Despite its name, vitamin D is not a vitamin. It’s actually a potent neuroregulatory steroidal hormone, which helps explain some of its health impacts.

It has become abundantly clear that vitamin D deficiency is a growing epidemic across the world and could be contributing to hundreds of common health problems. In fact, correcting your vitamin D deficiency may cut your risk of dying from any cause by 50 percent, according to one analysis.

If this sounds too incredible to be true, consider that vitamin D influences nearly 3,000 of your 24,000 genes. This occurs via vitamin D receptors, which can be found throughout your body, and should come as no great surprise given that humans evolved in the sun.

Just one example of an important gene that vitamin D up-regulates is your ability to fight infections and chronic inflammation. It also produces over 200 anti-microbial peptides, the most important of which is cathelicidin, a naturally occurring broad-spectrum antibiotic.

This is one of the explanations for why vitamin D is so effective against colds and influenza.

According to a January 2013 press release by Orthomolecular Medicine, there are now 33,800 medical papers with vitamin D in the title or abstract, and this veritable mountain of research shows that vitamin D has far-reaching benefits to your physical and mental health. [1] Such research has shown that vitamin D can improve:

Some of the most recently published studies, which I’ll review here, demonstrate how boosting your vitamin D levels can improve depression and pain in diabetics, Crohn’s disease, and breast cancer.

In short, it shows that vitamin D can affect genetic expression associated with Crohn’s disease, and make matters either better or worse, depending on whether you have enough of it or not.

In related news, vitamin D supplementation has been found to reduce both depression and pain in diabetic women. As reported by PsychCentral: [4]

“The investigators set out to determine how vitamin D supplementation might affect women with type 2 diabetes who were also suffering from depression.

At the beginning of the study, 61 percent of women reported neuropathic pain, such as shooting or burning pain in their legs and feet, and 74 percent had sensory pain, such as numbness and tingling in their hands, fingers, and legs.

Furthermore, participants who suffered from neuropathic and/or sensory pain at the beginning of the study reported that these symptoms decreased at 3 and 6 months following vitamin D2 supplementation.”

According to lead researcher Todd Doyle, Ph.D., vitamin D supplementation “is a promising treatment for both pain and depression in type 2 diabetes.” However, I would note that you’d probably get even better results using vitamin D3 rather than prescription D2. In fact, previous research suggests vitamin D2 might do more harm than good in the long term.

Why I Recommend Vitamin D3 Over D2

Drisdol is a synthetic form of vitamin D2—made by irradiating fungus and plant matter—and is the form of vitamin D typically prescribed by doctors. This is not the type produced by your body in response to the sun or safe tanning bed exposure, which is vitamin D3.

According to a 2012 meta-analysis by the Cochrane Database, which assessed mortality rates for people who supplemented their diets with D2 versus those who did so with D3, there are significant differences in outcome between the two. [5] The analysis of 50 randomized controlled trials, which included a total of 94,000 participants, showed:

Additional support for the theory that vitamin D can be beneficial in the fight against type 2 diabetes was published last year. [7] Here, the researchers found “a strong additive interaction between abdominal obesity and insufficient 25(OH)D in regard to insulin resistance.” They also claim 47 percent of the increased odds of insulin resistance can be explained by the interaction between insufficient vitamin D levels and a high body mass index (BMI).

Yet another study published in Diabetes Care also suggests vitamin D supplements may help prevent type 2 diabetes mellitus in people with pre-diabetes. [8] While the study is only an observational one and cannot establish causality, the researchers report that the participants who had the highest vitamin D levels were 30 percent less likely to develop diabetes during the three-year evaluation period, compared to those with the lowest levels.

“Prof. Mokbel has also requested Jeremy Hunt, the Health Secretary, to make [vitamin D] pills freely available as this would result in saving about a 1,000 lives annually. ‘I am calling for all women from the age of 20 to be given free vitamin D supplements on the NHS because it is effective in protecting against breast cancer,’ Prof. Mokbel said.

…[R]esearch conducted by the Creighton University School of Medicine in Omaha, Nebraska, which analyzed menopausal women from rural eastern Nebraska for over four years, revealed that taking vitamin D supplements along with calcium cut about 60 percent risk of cancer, including breast, lung and colon cancer…’It’s inexpensive, it’s safe, and it’s easy to take. It’s something that should be considered by a lot of people,’ says Joan Lappe, professor of nursing and medicine at Creighton University School of Medicine in Omaha, Nebraska. ‘It’s low-risk with maybe a payoff.’” [10, 11]

Indeed, an ever growing number of studies show that vitamin D has tremendous protective effects against a variety of different cancers, including pancreatic, lung, ovarian, breast, prostate, and skin cancers. Theories linking vitamin D deficiency to cancer have been tested and confirmed in more than 200 epidemiological studies, and understanding of its physiological basis stems from more than 2,500 laboratory trials.

For example, a 2007 study published in the American Journal of Preventive Medicine concluded that a serum 25(OH)D level of more than 33 ng/mL was associated with a 50 percent lower risk of colorectal cancer. [12] And research published in the International Journal of Cancer two years ago found that a mere 10 ng/ml increase in serum vitamin D levels was associated with a 15 percent reduction in colorectal cancer incidence and 11 percent reduction in breast cancer incidence. [13]

Another 2007 study published in the American Journal of Clinical Nutrition found that after four years of follow up, cancer-free survival was 77 percent higher in women who received 1,100 IU vitamin D and 1,450 mg calcium per day, compared to those who received either a placebo or calcium by itself. [14] According to Carole Baggerly, founder of GrassrootsHealth, as much as 90 percent of ordinary breast cancer may in fact be related to vitamin D deficiency. Breast cancer has even been described as a “vitamin D deficiency syndrome,” much like the common cold and seasonal flu.

Of utmost importance is the maintenance of a therapeutically beneficial serum level year-round. Here, studies indicate that the bare minimum for cancer prevention is around 40 ng/ml. Research suggests an ideal level might be around 60-80 ng/ml. A 2009 review article titled “Vitamin D for Cancer Prevention: Global Perspective,” published in Annals of Epidemiologystates that: [15]

It is projected that raising the minimum year-around serum 25(OH)D level to 40 to 60 ng/mL (100–150 nmol/L) would prevent approximately 58,000 new cases of breast cancer and 49,000 new cases of colorectal cancer each year, and three fourths of deaths from these diseases in the United States and Canada, based on observational studies combined with a randomized trial.

Such intakes also are expected to reduce case-fatality rates of patients who have breast, colorectal, or prostate cancer by half... The time has arrived for nationally coordinated action to substantially increase intake of vitamin D and calcium.” [Emphasis mine]

As a general guideline, research by GrassrootsHealth suggests that adults need about 8,000 IUs per day to achieve a serum level of 40 ng/ml. That said, I strongly recommend boosting your vitamin D levels through appropriate sun exposure whenever possible. If you do opt for a vitamin D supplement, please remember that you also need to boost your intake of vitamin K2 through food and/or a supplement. If you’re getting your vitamin D from the sun, this is not as critical, although you’d be wise to make sure you’re getting sufficient amounts of vitamin K2 from your diet either way.

How do you know if your vitamin D level is in the right range? The most important factor is having your vitamin D serum level tested every six months, as people vary widely in their response to ultraviolet exposure or oral D3 supplementation. Your goal is to reach a clinically relevant serum level of 50-70 ng/ml, and to maintain that level year-round.  You should test at your highest point, which is typically August and again at your lowest point, which is usually February.

Knowing your vitamin D levels is one of the most important tests you can take, so please, if you haven’t checked your levels before, do it now – I cannot stress the importance of this enough.

The Role of Vitamin D in Disease Prevention

A growing body of evidence shows that vitamin D plays a crucial role in disease prevention and maintaining optimal health. There are about 30,000 genes in your body, and vitamin D affects nearly 3,000 of them, as well as vitamin D receptors located throughout your body.

According to one large-scale study, optimal Vitamin D levels can slash your risk of cancer by as much as 60 percent. Keeping your levels optimized can help prevent at least 16 different types of cancer, including pancreatic, lung, ovarian, prostate and skin cancers.

4 Early Symptoms Of Ovarian Cancer That Every Woman Needs To Know!
Anyone Who Wants To Avoid Having A Stroke Needs To Start Eating These 15 Foods Immediately
To Top