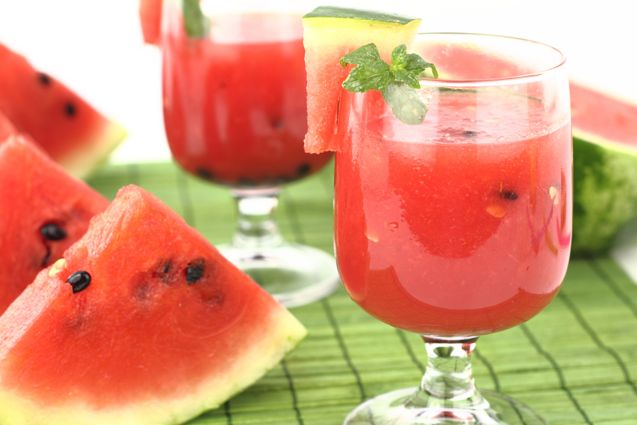 Whether you’ve been going to the gym for just a few months or you’re a pro, muscle soreness spares no one. Though the whole point of working out is to challenge your body to perform better, what follows the next day is not very enticing. Muscle soreness is a common problem that athletes and gym-goers face regularly. This is why scientists wanted to find out if there is a natural solution to this problem. Scientists knew that an amino acid called L-citrulline is an excellent candidate to reduce muscle soreness. Since watermelon is rich in this amino acid, they set up a research experiment to check if having watermelon juice has an impact on reducing muscle soreness. The study included seven male participants and had them complete a cycling routine on three different days. On two of the days, they were given watermelon juice an hour before working out. On the third day, they had a pink-colored placebo drink instead of watermelon juice.

According to the study, which was published in the Journal of Agricultural and Food Chemistry, though the participants experienced soreness 24 hours after the exercises, they felt significantly less sore on the days after they had consumed the watermelon juice. Another important discovery was that having natural watermelon juice was found to be more beneficial than pasteurized or processed watermelon juice. Watermelon juice is effective against soreness because of its L-citrulline content. According to the study’s author Encarna Aguayo, Ph.D., associate professor of food technology at the Technical University of Cartagena, L-citrulline helps boost blood flow to your muscles, which means your muscles get more oxygen and can repair themselves faster. There are also many other benefits of having watermelon juice pre/post workout.

The carbohydrates that you consume are stored in your body in the form of glycogen. Whether you do strength training or aerobic exercises, your muscle cells depend on this glycogen as a source of energy. Drinking watermelon juice after your workout can help replenish depleted glycogen stores, giving your muscles the necessary fuel for your next workout. Four cups of watermelon contain about 50g of carbohydrate making it the perfect post-exercise drink to replenish glycogen.

When you exercise, your body loses water through your breath and as sweat. To make sure your system is not affected, it’s important to restore the body’s fluid balance. Watermelon is high in water content and is a great way to naturally hydrate and replenish fluids after a workout. And it’s not just about water. Watermelon also contains electrolytes that are essential for nerve function and a healthy heart.

Having watermelon regularly can also boost your performance. In a 2007 USDA study published in the Journal of Nutrition, it was found that healthy subjects between the ages of 36 and 69 who consumed 1,500g of watermelon juice daily for 3 weeks significantly increased available levels of the amino acid L-arginine. Arginine is an important amino acid for athletes. It boosts athletic performance by increasing exercise tolerance and enables you to work out harder with less energy expenditure. The best way to have watermelon is to eat raw chunks so that you get all the fiber along with the minerals. However, you could also put it in the blender and have watermelon juice pre or post your workout.

How to Remove Dangerous Mold and Unpleasant Odors from Your Washing Machine with 2 Ingredients!
Swimming Or Running: Which One Burns The Most Calories?
To Top